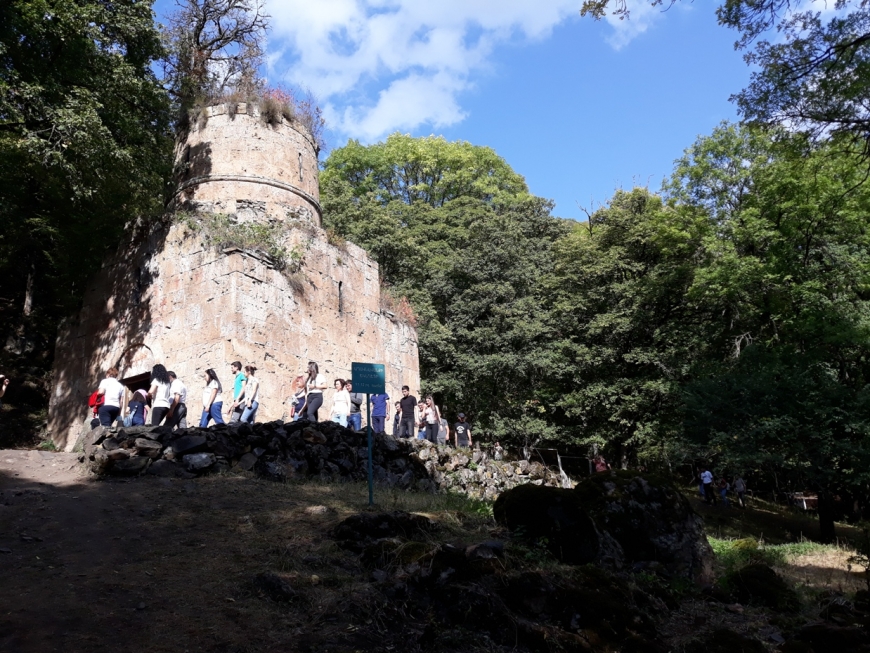 Within the framework of the "Church Combatting Domestic Violence and Promoting Men’s Engagement in Addressing it" project, called to life due to the cooperation of WCC Armenia Round Table Charity Foundation and the United Nations Population Fund, an event entitled "Strong Family" was held on September 19, organized by Reverend Father Pavstos Sargsyan. In order to make the event franker, free, and at the same time in a spiritual atmosphere, Father Pavstos organized a pilgrimage to Goshavank and Aghavnavank churches of the Tavush region for about 50 members of the community under his pastorate. 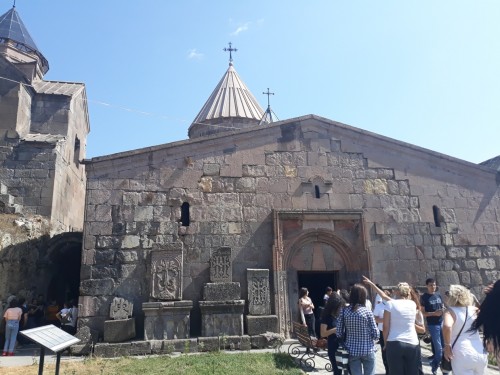 After participating in prayer ceremony in Goshavank, the pilgrims walked to Aghavnavank, led by the priest, who used almost the entire road for conversations about family. In Aghavnavank, the participants had the opportunity to hear the priest's speech about a "strong family" formula, which was completely filled with traditional Armenian and Biblical messages. 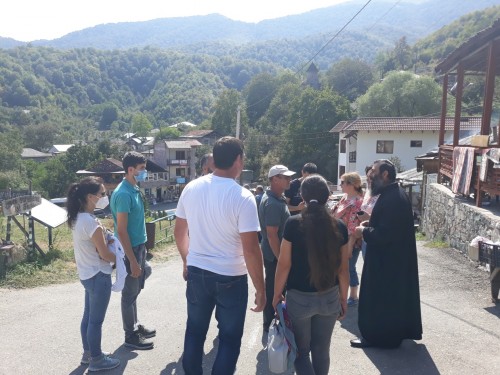 The main goal of Father Pavstos was to instill in the audience the noble ideas of love and devotion, to give the key to a God-pleasing life, explaining that only in this way it is possible to overcome all difficulties, to prevent domestic violence. Young boys and girls, couples preparing for marriage, as well as fathers and mothers were among the participants. 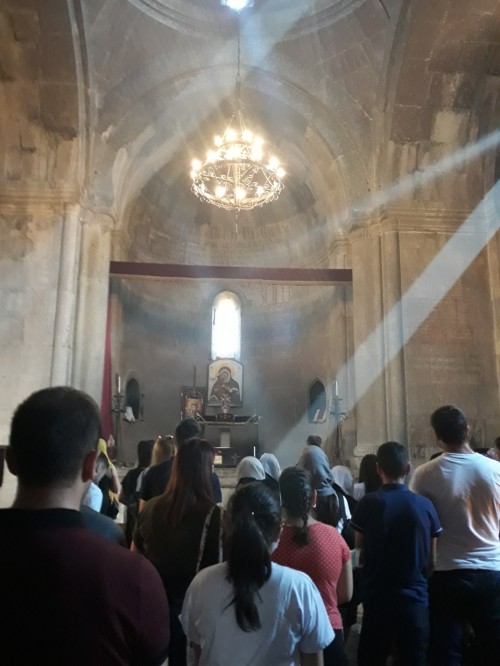 The pilgrims ended their day with an evening prayer service in Aghavnavank.The participants also noted the importance of the implementation of events organized about family in the future, highlighting the need to address especially such topics as "Parenting", "True Marriage" in the current society. 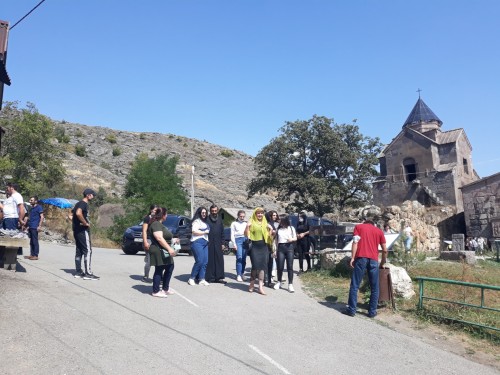 For a decade from now, WCC Armenia Round Table Charity Foundation, in cooperation with the United Nations Population Fund, implements projects aimed at preventing domestic violence in Armenia. 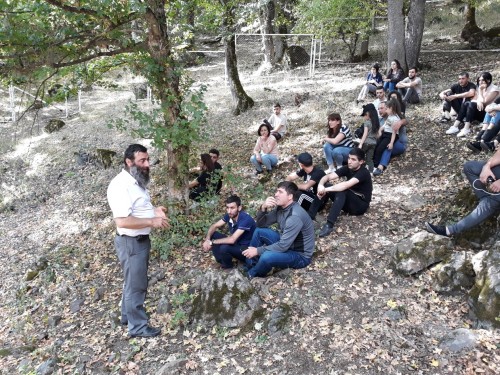 Within the framework of these projects, continuous trainings were conducted for the clergy and social workers of the Armenian Apostolic Church, to carry out primary prevention of domestic violence, raising people's awareness in the communities and the RA Army, as well as providing personal, couple and family counseling.