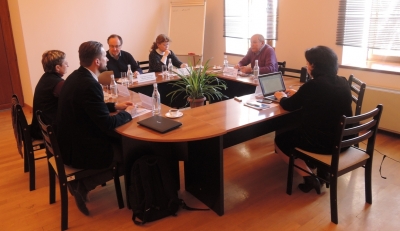 There is no translation available. 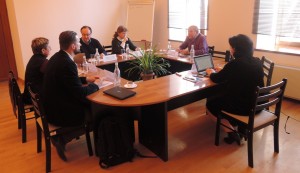 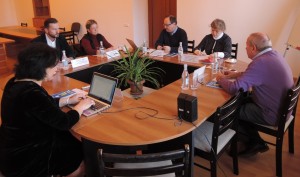 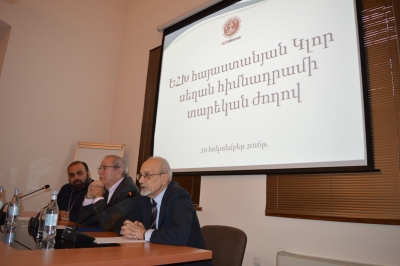 Armenia Round Table Foundation Implemented Some 80 Projects in 2014-2016

There is no translation available. 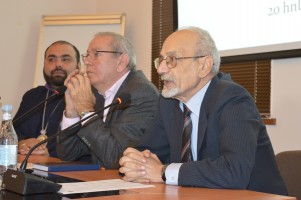 World Council of Churches, Armenia Round Table Foundation (WCC ART) invited annual meeting for 2015-2016 at Holly See of Mother Echmiadzin. ART partners, Primates of Dioceses of Armenian Apostolic Church, employees of Social Centers, ART staff participated in the event. The Right Rev. Bishop Mkrtich Proshian, Chairman of the Board of Trustees of ART, opened the meeting with greetings and prayer. Later, Armen Pogosyan the Chairman of "Consumers' Association" NGO presented the situation with the consumers' rights in Armenia and the organization's activities. 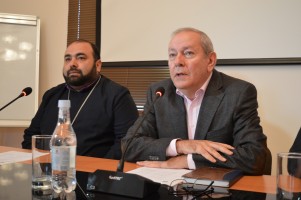 Next, Dr. Karen Nazaryan, Executive Director of ART, presented the ectivities of the foundation for 2015-2016 and projects for 2017. As Mr. Nazaryan mentioned, main activities of ART were concentrated on four directions: Integrated Community Development, Capacity Building, Peace and Reconciliation and Emergency Situations.

In the frameworks of Integrated Community Development programs, 14 projects were implemented in 2015 in the regions of Shirak, Gegharkunik, Kotayk, Aragatsotn, Armavir, Vayots Dzor and Lori. The number of direct beneficiaries exceeded 10.000. More than 60 per cent of participants were women. The projects included special trainings organized in Regional Social Centres, where the participants were trained on computer skills, fashion design, handmade work, carpet weaving, make-up, furniture producing, catering design and other practical skills. With their new skills the participants increased their self employment opportunities and became more competitive in labour market. 12 of ART projects participated in "Harvest Festival 2016". 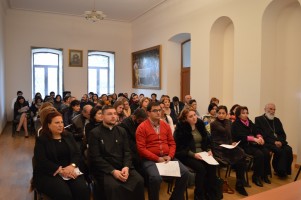 Activities towards improving and promoting the role of the church in social work in communities.

ART continued the capacity building of priests of Armenian Apostolic Church and the trainers of Christian Education Centre of Armenian Apostolic Church in the frameworks of fight against gender inequality, gender-selection abortions, and gender-based violence and promotion of family and Christian values. The priests and trainers later implemented awareness raising meetings and workshops with young people.

ART continued the assistance to the Day Centre of Araratian Pontifical Diocese of AAC. People living with HIV and their family members received psycho-social support. In general, around 80 people used the Day Centre\s services monthly. 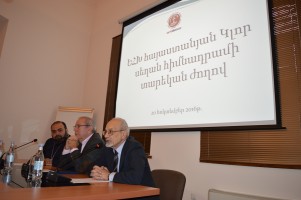 WCC Armenia Round Table Foundation, in the frameworks of "Action of Churches Together" (ACT) Alliance Armenia Forum, provided humanitarian aid to the people of Nagorno Karabakh, who suffered from Azeri aggression in April 2016. The aid packages included food and hygiene kits. More than 1200 people received the packages. The project was implemented in cooperation with the Social Service Centre of Armenian Apostolic Church.

In the framework of Capacity Building programmes, ART Foundation continued to strengthen the capacities of own staff, social centres' staff and the priests of Armenian Apostolic Church in the fields of programme management, social service, psycho-social support.

For the Peace Building programmes "Conflict Transformation and Solution through Negotiation" training was developed for the students of Armenian-Russian (Slavonic) University. 30 students participated. For the announced children's painting competition on living with the neighbours in peace and without violence, 165 pupils from eight marzes (regions) of Armenia participated. About 200 university students participated in workshops and seminars on peace in Yerevan and the regions. 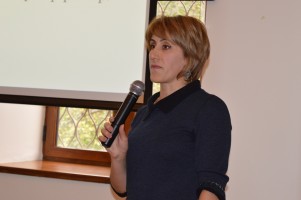 During the final part of Annual meeting, Ms. Elmira Madoyan, Chief Accountant at ART Foundation, informed that the Foundation implemented about 80 projects for the period of 2014-2016. In general, for the project implementation more than 482 mln. Armenian Dram (about one million USD) was spent. The contribution from implementing partners was more than 190 mln AMD (about 400.000 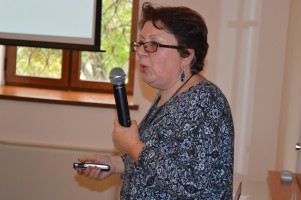 USD). The projects have been implemented with the support of ART donors: international and inter-church organizations.