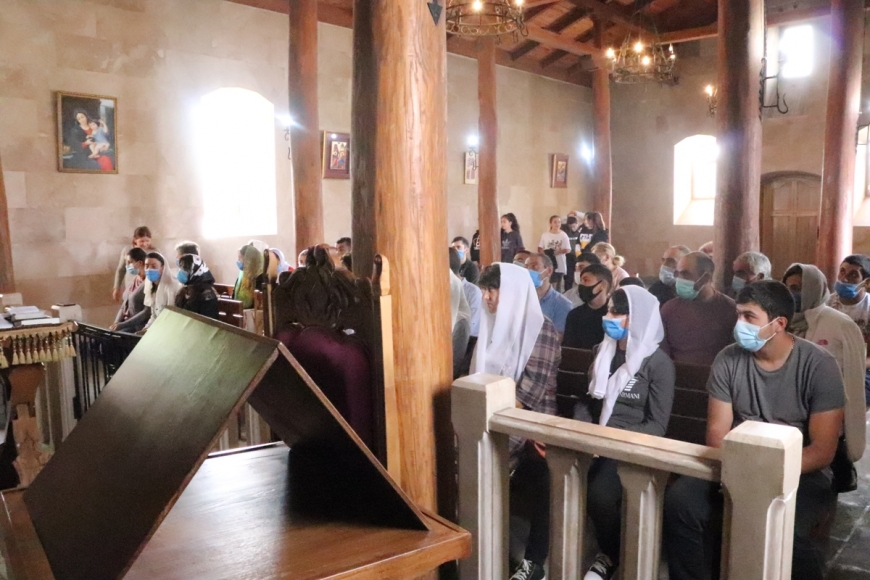 Within the framework of the "Church Combatting Domestic Violence and Promoting Men’s Engagement in Addressing it" project, called to life due to the cooperation of WCC Armenia Round Table Charity Foundation and the United Nations Population Fund, an event entitled "Secrets of a happy family" was held on September 23, in Saint Holy Mother of God church of Tsovinar village, Gegharkounik region, organized by Reverend Father Gevorg Ter-Barseghyan of Diocese of Gegharkounik. 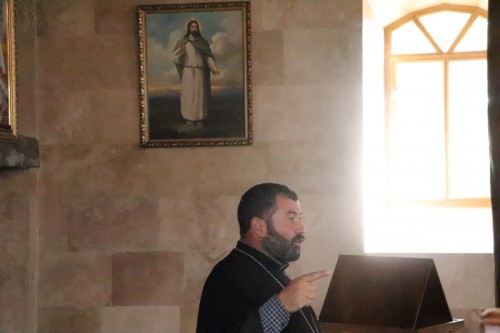 The lecture was intended for about 20 members of the community under the pastor's care, but upon hearing the priest's words and being intrigued by the subject, more people hurried to church. As a result, about 40 people participated inside the church, observing the rules for protection from the plague, and at least 10 people from the churchyard.

The event began with the Lord's Prayer and completed with a prayer for the protection of the family. The whole speech of the priest was spiced with traditional Armenian and Biblical messages, the main goal of which was to instill in the audience the noble ideas of love and devotion, to give the key to a God-pleasing life. 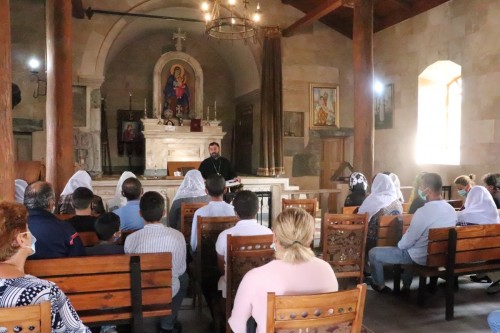 The speech was full of dialogues, during which Father Gevorg raised the questions of concern to the participants and gave relevant advice and accurate answers. The audience consisted of young boys and girls, couples preparing for marriage, as well as fathers and mothers were among the participants.

The participants also noted the importance of the implementation of events organized about family in the future, highlighting the need to address especially such topics as "The true basics of raising children", "Traditional values of marriage" in the current society. 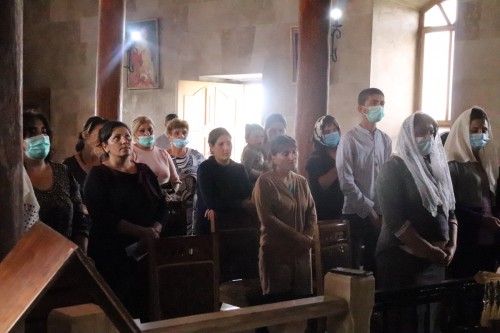 For a decade from now, WCC Armenia Round Table Charity Foundation, in cooperation with the United Nations Population Fund, implements projects aimed at preventing domestic violence in Armenia. Within the framework of these projects, continuous trainings were conducted for the clergy and social workers of the Armenian Apostolic Church, to carry out primary prevention of domestic violence, raising people's awareness in the communities and the RA Army, as well as providing personal, couple and family counseling.